What are your sprinklers doing while you sleep? 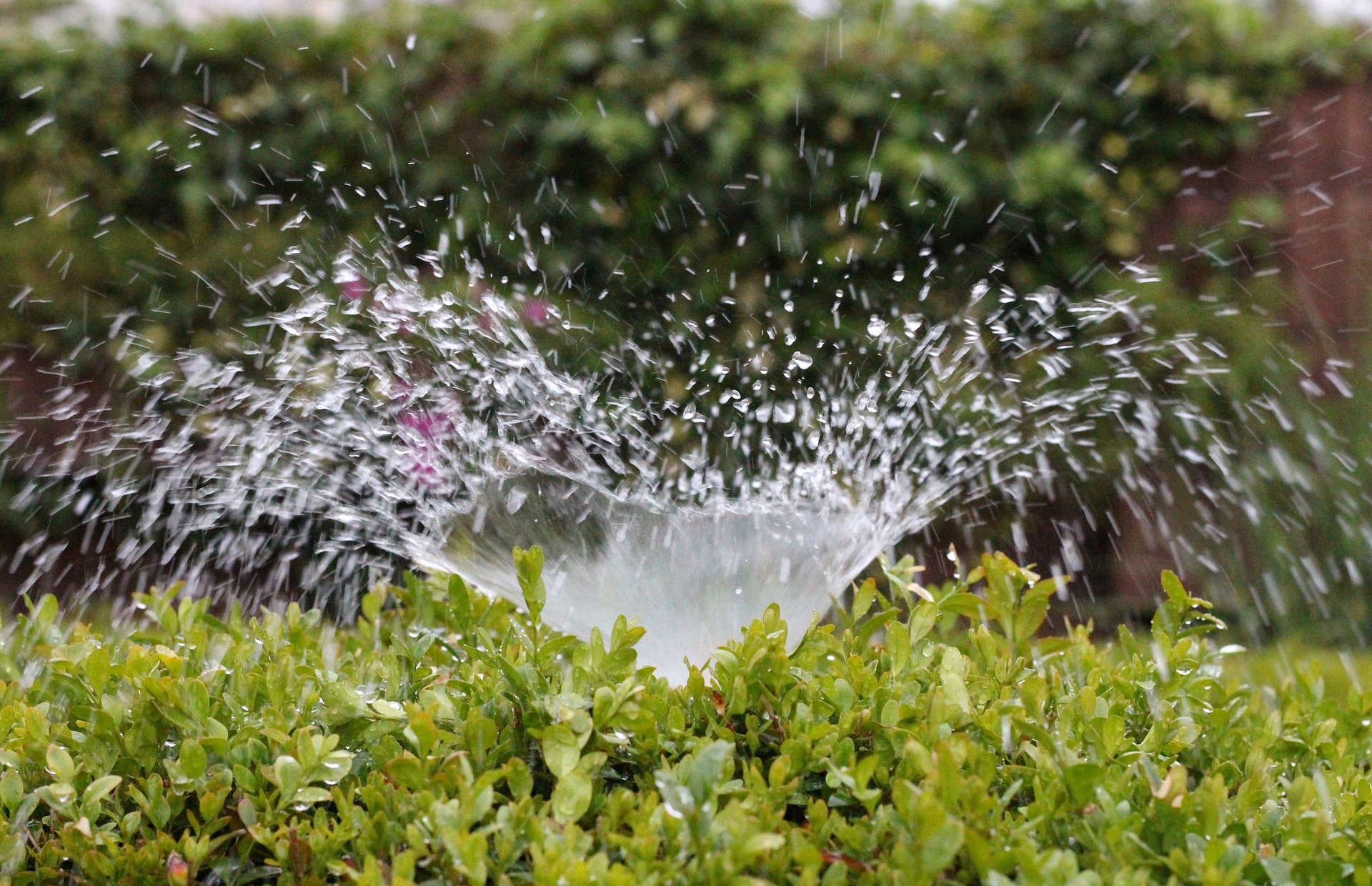 Since the best time for watering is early in the morning, are you sure your sprinkler heads are evenly distributing water over your parched lawn? Or, are they badly missing the mark, pouring water and your money down the drain?

And if the little squirts are working properly, how long should you run them, especially following the second driest Spring on record? Should you extend the amount of time to make up for the lack of rain? If so, just how much?

Well, the Tarrant Regional Water District is ready to help you save your lawn – and your hard-earned cash – with weekly watering advice via text message or email. The district is also offering free residential sprinkler system inspections. 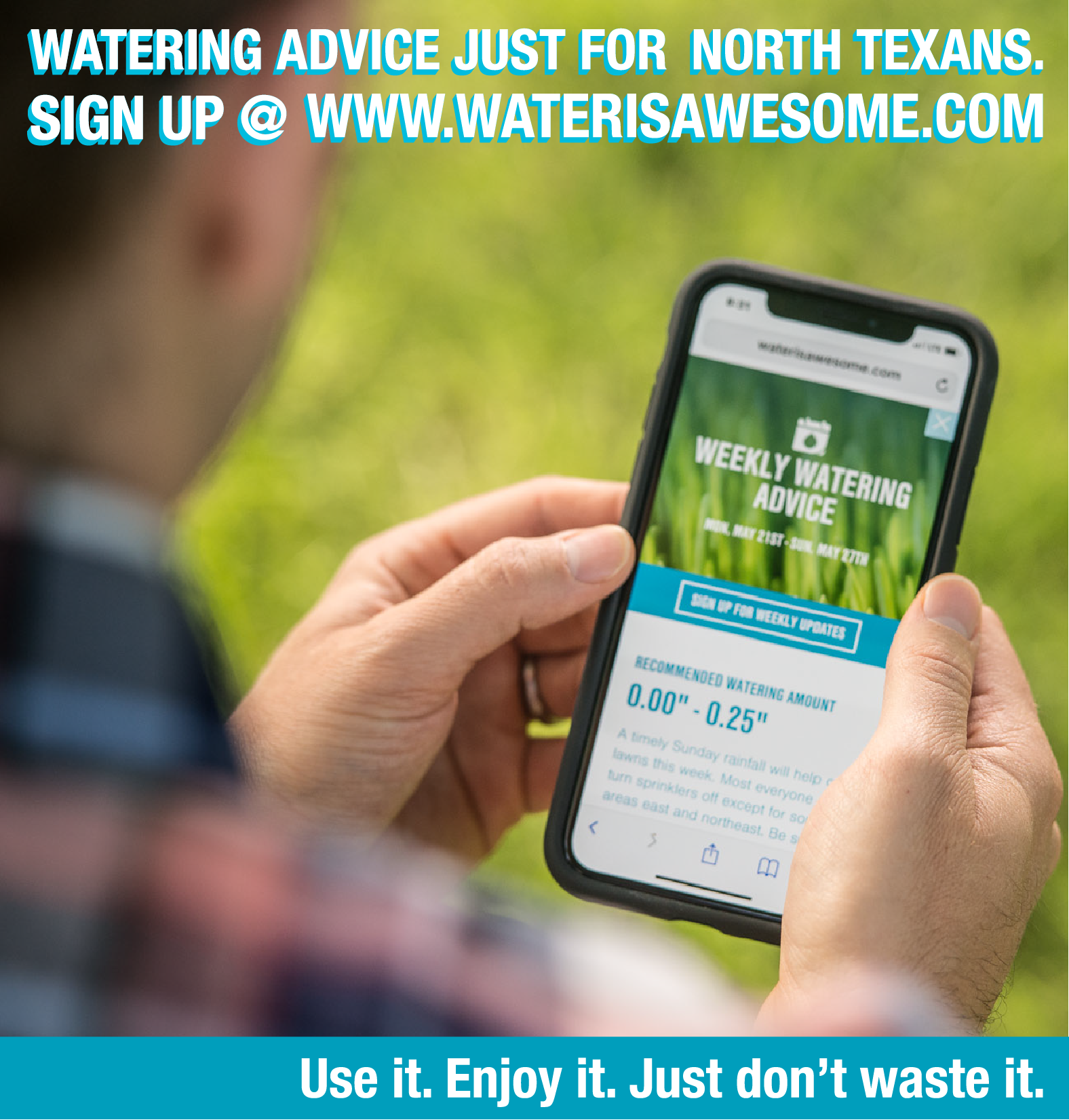 “We can help you better manage your water use and to manage your water bill as well,” says Dustin Compton, regional conservation manager for TRWD. “We take the guesswork out of knowing how much you should water your lawn.”

Both efforts are part of a long-term strategy to provide water to a growing, thirsty region. TRWD supplies water to 2.3 million people in North Texas, including the cities of Fort Worth, Arlington and Mansfield.

Outdoor water use can add up to 50 percent or more of the water residents use during the summer, so improving sprinkler efficiency can cut down on waste and help homeowners create a healthy landscape.

TRWD and Dallas Water Utilities, as part of its Water is Awesome conservation campaign began offering weekly watering advice in January. About 3,400 people have already signed up via waterisawesome.com up to get the texts and emails.

Every Monday residents receive recommendations on watering needs based on data collected from 20 different weather stations. Tips on how much to water are based on rainfall, evaporation and the use of ground water by plants.

The message from the district will tell homeowners how to set the sprinkler controller in minutes and cycles to match the water use recommendation.

“This advice prompts the resident when to turn off the system if it’s not needed or to make adjustments,” Compton says. “It tells you how to set the controller in minutes and cycles to match your watering recommendation.”

To make sure the sprinkler system is carrying out its mission properly, the district also offers a free residential inspection. Homeowners can sign up at savetarrantwater.com, to have a licensed irrigator test their sprinkler system, identify any issues, and make recommendations for improvements.

Since the program began five years ago, more than 3,000 systems have been inspected. Each inspection takes about 40 minutes and includes an on-site consultation with the homeowner. A written report on the audit is also provided via email.

This grass roots effort to improve water use is already having a positive impact.

Since 2005, when most of the region’s cities started adopting ordinances setting out guidelines such as no watering between 10 a.m. and 6 p.m., usage has dropped despite a healthy population growth, Compton says.

For example, in 2017, the per capita water use was 155 gallons a day. In 2012, another dry year, residents used 176 gallons per person a day, when the population being served was significantly smaller.

Programs like this are part of an overall effort to meet water demand for a growing population and to support economic growth, Compton says.

“Water conservation is a long-term supply strategy. It is the long game,” he says.

“We can help you better manage your water use and to manage your water bill as well,” says Dustin Compton, regional conservation manager for TRWD. “We take the guesswork out of knowing how much you should water your lawn.” 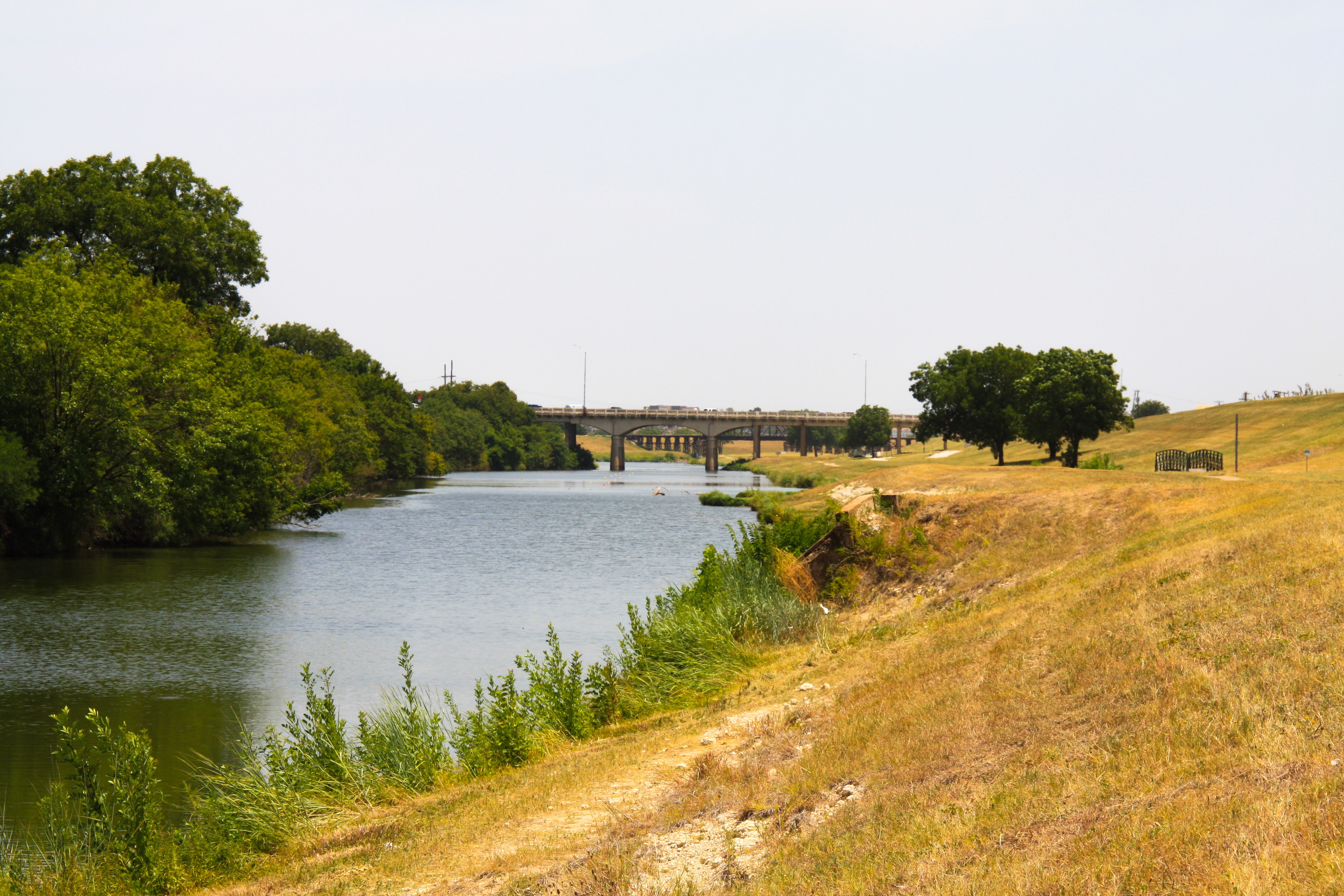