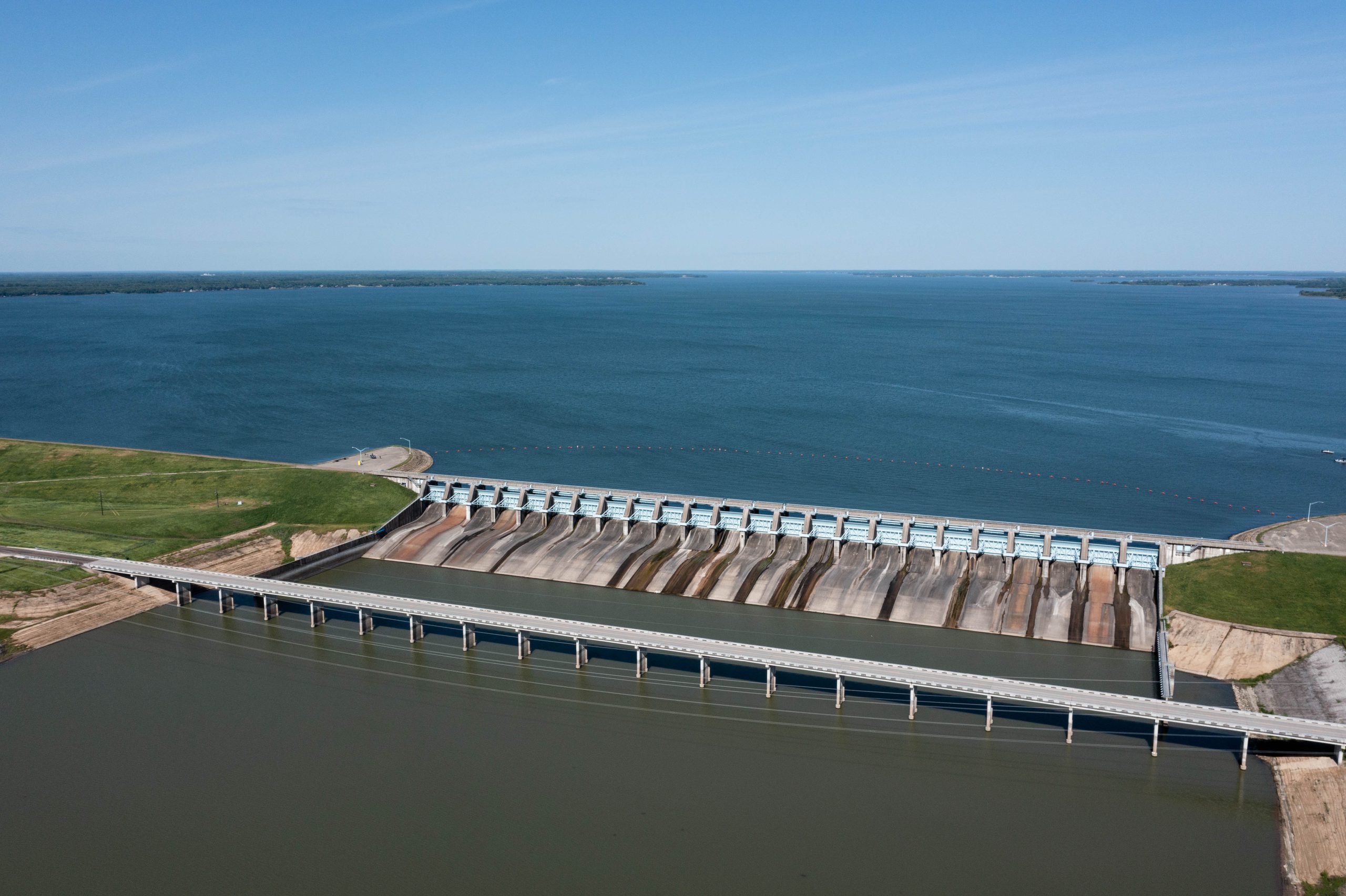 It happens every summer.

The sun comes out, the temperature goes up and the water disappears into thin air because of evaporation.

But while the amounts lost may seem staggering – hundreds of millions of gallons a day – the Tarrant Regional Water District has anticipated and incorporated evaporation loss into its water supply plan for North Texas.

A “perfect storm” for optimum conditions for seeing water evaporate would be a hot day with no cloud cover, at least a slight wind and low humidity.

For example, on June 22, when the temperature hit 99 degrees, there was a 4- to 6-miles per hour southerly wind and 38 percent humidity level during the afternoon and evening, according to World Weather’s website.

When taking into account evaporation from the other lakes in the supply system – Bridgeport, Eagle Mountain, Lake Benbrook, Lake Arlington and Lake Worth – the grand total for all seven lakes is 759 million gallons.

That’s almost double the 400 million gallons of water TRWD provides on an average summer day to its four major customers – Fort Worth, Arlington, Mansfield, and the Trinity River Authority. 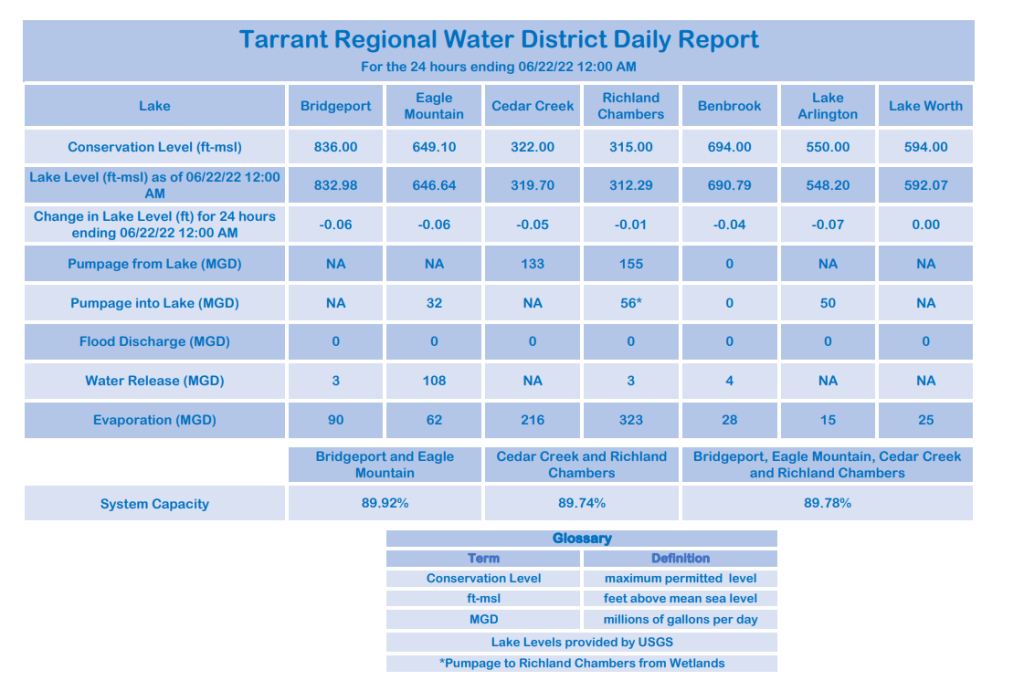 Again, it’s a lot of water. But it’s not a surprise.

“We know these numbers can be hard to fathom but it is something that is accounted for in water supply planning and our annual modeling in the operation of the reservoirs,” he said.

Despite the evaporation losses and the fact that the area is in a severe to extreme drought, TRWD’s water supply system is in good shape, with the reservoirs at 88 percent of their storage capacity as of June 29, Huff said.

“Evaporation definitely has a huge impact on lake levels during the summer, but it is on our radar. It is something we are looking at and planning for. But it’s part of the natural process we’ve seen before and we’ll see again,” he said

There is no easy fix for this during a hot Texas summer.

TRWD, however, is studying the possibility of an aquifer storage and recovery project that would store millions of gallons of raw water away from the elements by putting it in subterranean formations in North Texas. 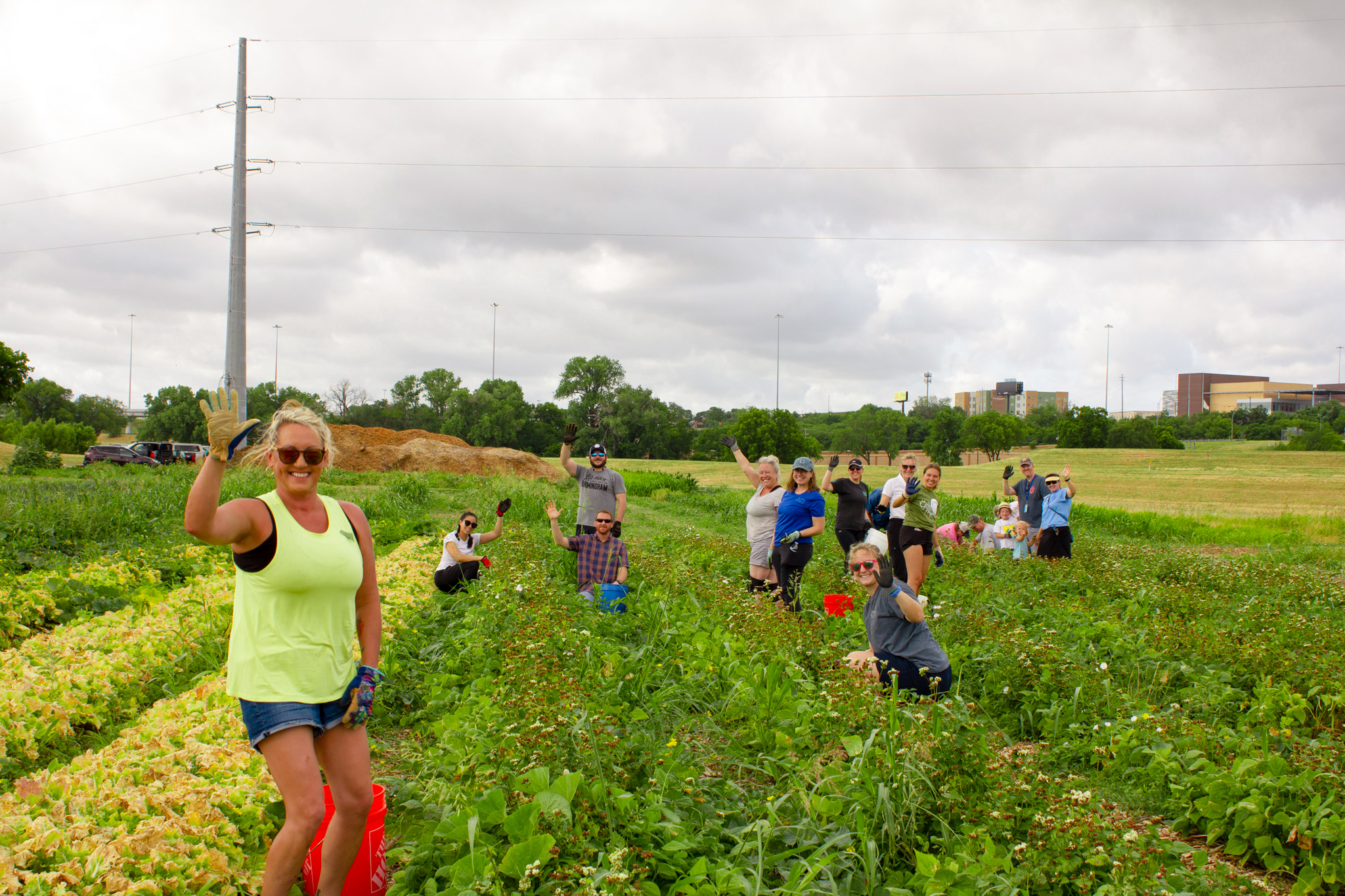