3rd Annual TRWD Flyfest on the Trinity River was a success because of You! 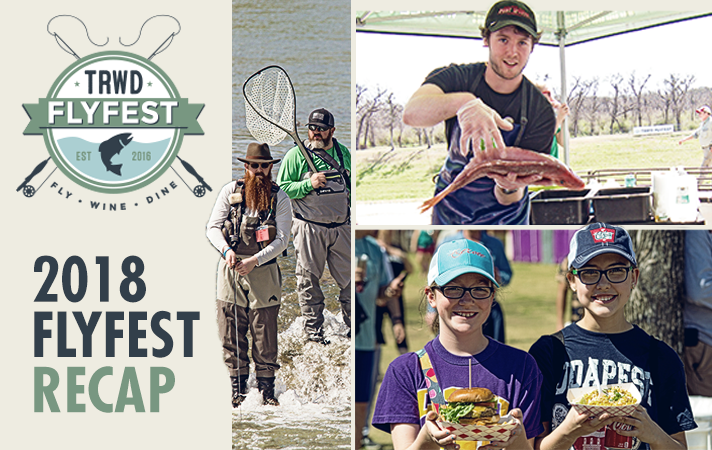 Tarrant Regional Water District (TRWD) presented the third annual TRWD Flyfest last Saturday, March 10th in and along the clear Fork of the Trinity River near the ACME Brick Headquarters. From beginners to people with expert fly fishing skills, TRWD Flyfest delivered a day full of family-friendly fun for everyone.  With temperatures in the 80’s, it was a great way to kick off springtime on the river!

To start the morning off, anglers lined up early before registration opened to get their spot in the Big Trout Contest.  Luckily, Fort Worth based coffee shop, Craftwork was on hand selling coffee for the early birds! The eighty available spots between the four heats were quickly at capacity.

To create the best angling experience, TRWD released 1,200 lbs. of Rainbow Trout and nearly 3,000 Texas native fish in the festival location.  The Texas native fish are part of an annual stocking program that TRWD is carrying out in partnership with Texas Parks and Wildlife. The festival provided an area for the Big Trout Contest as well as designated areas for open fly fishing and open bait fishing.  The public is encouraged to go out and fish the trinity after the stockings and any time of the year to take advantage of this wonderful recreational asset.

To complement the river activities, presentations from experts were given in the Acme Brick Building throughout the day.  New to the lineup this year was Chris Johnson who spoke about Fly Fishing the Texas Hill Country.  Chris is the owner of Living Waters Fly Fishing, a fly shop and guide service based in Round Rock, Texas.  Orvis Endorsed Fly Fishing guide, Steve Hollensed also joined the line up with a presentation on Fly Fishing Lake Texoma. Other presentations covered topics like Trout in Southeastern Oklahoma, Fly Fishing 101 and Fly Fishing the Trinity. Frank Smethurst, Fly Fishing pro and TV personality returned once again with a fun and engaging presentation on the “Top Ten Catching Techniques that Fish Don’t Want You to Have.”  Frank shared some photos and videos of the fish he caught on the Trinity during his visit here.

For those that wanted a hands on experience, casting classes and fly tying lessons were available. Casting classes were filled to capacity with nearly twenty people in every class. From beginner classes to casting big flies, there was something for everyone! The fly tying lessons also did not disappoint.  In addition to featured speakers, festival goers could come and go and mingle around the room for one on one time with the different experts on various fly tying patterns.

Not only did people learn how to fish, they also learned how to cook a fish. Chef Marcus Pasley of Piatello Italian Kitchen and Clay Pigeon restaurants and Fort Worth ISD North Side High School Culinary Arts program chefs joined the event providing expert cooking demonstrations. Whole Foods Market Fish Monger, Connor Campbell-Moore returned once again to demonstrate how to fillet a fish.

Besides enjoying the great weather, the festival also included food, wine tastings from local wineries, craft beer and live music. Wine by the glass or a tasting was available from local wineries including Silver Spur Winery, Red Road Vineyard and Winery, Cadillac Wines, Silver Dollar Winery and Waco Winery and Vineyard.  In line with the seafood theme, Crawfish Connection was on site serving up mud bugs and jambalaya.  Boar B Que and Rollin’ Stone were also onsite serving up yummy grub.

While parents enjoyed a glass of wine or craft beer, the kids were all smiles while participating in free activities like face painting, a kid fishing tank, big jenga and a rock climbing wall.

Also, we can’t forget the vendors who came out to promote and support fly fishing, conservation and other outdoor programs. Among other great vendors with causes, Texas Parks and Wildlife joined the festival with their fishery management booth and electrofishing boat and Stewards of the Wild promoted the new “We will not be Tamed” campaign.

TRWD Flyfest would not have been possible without the generous support of the sponsors including Whole Foods Market, R4 Foundation, Acme Brick, Backwoods, Fort Worth Star-Telegram, Texas Council of Fly Fishers International, Fort Worth Fly Fishers, Piattello Italian Kitchen, Clay Pigeon Food & Drink, and 95.9 The Ranch. Contest Prizes were donated by Yakoda Supply and Fatties on the Fly. TRWD appreciates the support of the community for recreation on the Trinity River!

Tarrant Regional Water District has been providing communities with reliable and sustainable water supply, vital flood protection and a variety of recreational opportunities for more than 90 years – including TRWD Flyfest on your Trinity River.[/fusion_text][/two_third]

Beating last year’s score, John Healey won the distance contest at 82’ 3”. Winning the accuracy competition at 90 points was Brad Dodson. Both John and Brad won a small fly box and quarterly subscription that was generously donated by Fatties on the fly.

Tyler Briggs and Drew Wicklund came home as heat winners catching two fish during the contest. Not only were they the heat winners, but Drew also won the biggest fish for heat 1 at 15 ¾ inches.

For the winners of heat 2, there was a fish-off between Team 8: Drew Donnelly and Patrick Alexander and Team 10: Tyler and Jennifer Rowe. In a close call, Tyler and Jennifer ended up winning the fish-off with two fish caught. Jennifer also caught the largest fish in the heat at 17 inches.

With two fish caught, the winner for heat 3 went to locals Mike Micallef, owner of one of Fort Worth’s favorite restaurant Reata, and Grant Huff. We also awarded Mike Micallef with the biggest fish caught in heat 3 at 18”.

The winners of heat 4, catching two fish, went to Matthew Ranela and Goiliabne Sean. However, the biggest fish caught for heat 4 went to Glenn Miller at 18.5 inches.

The Grand Prize for Most Fish Caught was decided by a fish-off.  Five teams that each caught 2 fish in the initial round faced off in the final fish-off.  Mike Micallef and Grant huff won, netting 3 additional trout making their total catch for the day five trout.  Mike and Grant each went home with $200, a Yakoda Drifter Gear Transport and a trophy for bragging rights.

The Craziest Catch trophy went to Jennifer Rowe who notably had several monster catches.  In addition to the 17” that she netted during regulation, she caught a 21”, 23 ¾”, 24” trout during the fish-off contests.  Because they were not caught during regulation, they did not go towards the Biggest Fish contest but indeed were worth special recognition.[/fusion_text] 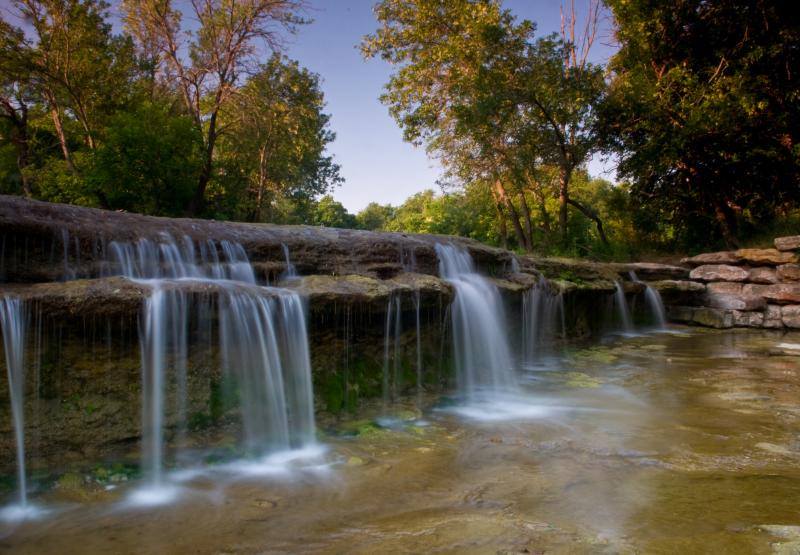 Unplug at TRWD Parks and Trails This Weekend

Unplug at TRWD Parks and Trails This Weekend