TRWD Board hears report from TXP about TIF 9

Four additional projects under consideration will add nearly $475 million in new taxable property value over the next decade within the Trinity River Vision Tax Increment Financing District, according to the study.

“There is tangible proof that the process of implementing the TRV plan has spurred development in this part of Fort Worth,” according to a study by TXP Inc., an Austin-based economic development consultant for the Trinity River Vision Authority.

“At present, the overall strategic plan and vision (for the TIF) remains relevant and appropriate for completion of the TRVA’s flood control and economic development components of the project,” a letter accompanying the report states.

Among the projects mentioned in the TXP report is the Encore Panther Island project, a five-story, 300-unit multi-family project that broke ground on Panther Island last year, and the Left Bank mixed-use development along the bustling West 7th Street corridor.

TXP’s study is part of a continuing performance review of the two TIFs were created by the City of Fort Worth to support the Trinity River Vision/Panther Island project. Under a TIF, a portion of the property taxes is diverted back into a specific area to help finance improvements.

Travis James, vice president at TXP, recently gave a presentation to the TRWD board. In describing his report to the board James pointed out these major findings:

The Trinity River Vision TIFs were first created in 2003 and expanded in 2009 to support development of the project. It is set to expire in 2044.

The Trinity River Vision/Panther Island project is a $1.16 billion flood control and economic revitalization effort that covers about 2,000 acres, including an 800-acre island that is created on the city’s near north side with the construction of a 1.5-mile long bypass channel. 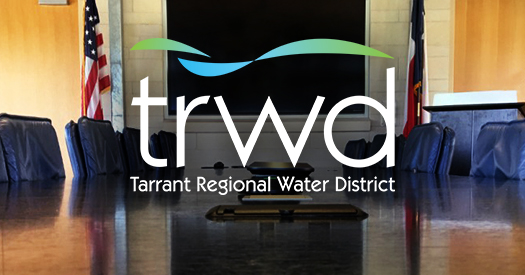