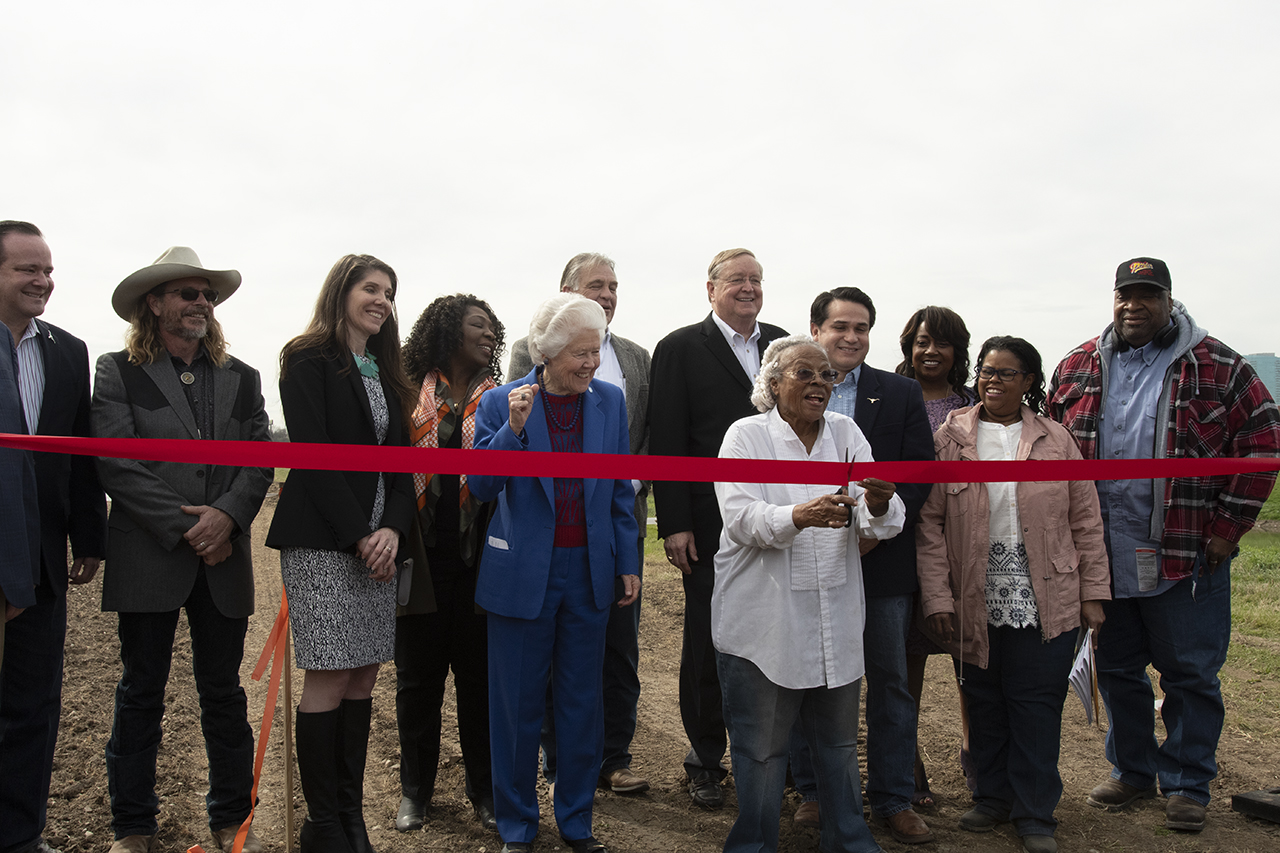 For years, Opal Lee has dreamed of growing something special in her community.

Troubled by the lack of nearby grocery stores selling fresh produce, the 92-year-old community activist wanted to start a large community garden to grow potatoes, carrots, radishes and beets.

And she didn’t want to stop there. To develop even deeper roots in the community, she wanted to use the small truck farm operation as a job-training opportunity for out-of-work residents.

So Lee could hardly contain her glee when the Tarrant Regional Water District recently broke ground on the Opal Lee Farm along the banks of the Trinity River east of downtown Fort Worth.

“I told those people I was ready to do a holy dance,” Lee said following a ribbon-cutting at the five acres near LaSalle Street and the Trinity Railway Express bridge.

“It’s not all about growing produce. We’re trying to grow something unique,” Lee said.

The District is permitting United Unlimited, a non-profit operated by Lee’s granddaughter, Dione Sims, to use the land for three years. Besides access to the land, the District gave the farm’s operators access to water for irrigation.

“There is a high regard for Opal Lee, for who she is and what she represents in the community,” said Wayne Owen, the District’s planning director. “We want to support her and her initiative.”

“What is interesting about this is that it’s right in the shadow of the skyline. It just happens to be where it is, but where it is essentially is the heart of the city.“

Opal Lee Farm will become the largest of a network of farms designed to bring better nutrition to inner city neighborhoods, said Linda Fulmer, executive director of the Healthy Tarrant County Collaboration. The coalition used grant money to buy a $7,500 two-wheel tractor for the farms.

“This farm is a real boon,” said an excited Fulmer. “We do need better access to healthy foods in east and southeast Fort Worth, but there are food deserts all across Fort Worth.”

The idea first bloomed six years ago, after Lee approached the district about having a small farming operation along the river’s banks. Chairman emeritus of the Community Food Bank on Galvez Avenue, Lee knew there was a need for healthy food in her neighborhood.

Lee said she and her neighbors do not have easy access to supermarkets, forcing them to either drive to supermarkets miles away or rely on what’s in stock on the shelves at gas stations or dollar stores, creating what is commonly called a “food desert.”.

So Lee polled people waiting in line at the food bank for supplies, asking them if they would be willing to learn how to grow their own produce. For her, it was a reminder of the time she spent on her grandfather’s farm, where they grew their own food for consumption and for sale.

“We had a kitchen garden that we ate and a truck garden we took to town to sell and we had other acreage in peas and corn and watermelon … All kinds of stuff,” Lee said. “Little farms like this used to be common. I loved that farm and I learned a lot.”

Getting the idea to actually grow into reality, however, took some time. Lee and her supporters had to develop a business plan and seek out the necessary expertise to carry out their mission.

There also was the added element of working with the Texas Workforce Commission to find individuals – some of them who were finding it hard to land jobs because of their criminal records – and be able to pay them a living wage, Sims said.

“It took five or six years getting the lease, but now we’re at the point to putting the hand to the trowel,” Sims said. “I’m a city girl, so learning that whole world has been awesome.”

The farm hopes to have produce to market by June.

Initially, the farm will use two or three acres and instead of using typical long rows of crops there will be blocks of 100 feet long, 30 inches wide, with 10 beds per block. Each one will be assigned a different type of produce, said Gregory Joel, the farm manager.

Conservatively, a block can produce about 2,000 pounds of beets, carrots and turnips, Joel said. A bed of potatoes can provide 4,000 pounds, a good onion bed can do 6,000 pounds. Other crops may include radishes, peppers, watermelons and cantaloupes.

“People aren’t aware of how much small farms can produce,” Joel said.

Since the farm is in the Fort Worth floodway it will use organic methods – no pesticides or herbicides – to protect the river’s water quality, said Charlie Blaylock, the owner of Shine’s Farmstand in Azle, who is helping with the farming and business plan.

The plan is for 25 percent of the food produced to be sold at a reduced price to people in the neighborhood, with 75 percent being sold at the Cowtown Farmer Market in the 3800 block of Southwest Boulevard to sustain the farm. Eventually, there will be a market at Opal Lee Farm.

“I love to be able to help out a little bit where food justice is an issue, where there is a lack of access to healthy, nutritious food.” Blaylock said. “I’m out of my skin overjoyed.”

But nobody is happier than Lee. While most people her age would be taking it easy, she’s got more rows to hoe. Headstrong and persistent, she definitely is a force of nature.

“People laugh and tell me about the Energizer Bunny, but the Lord has given me the strength and I’m just not going to sit here and twiddle my thumbs,” Lee said. 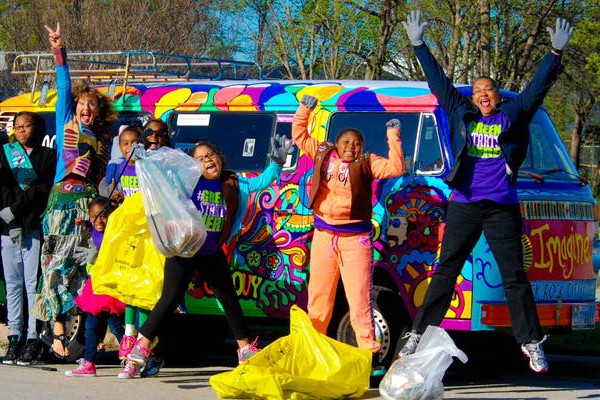