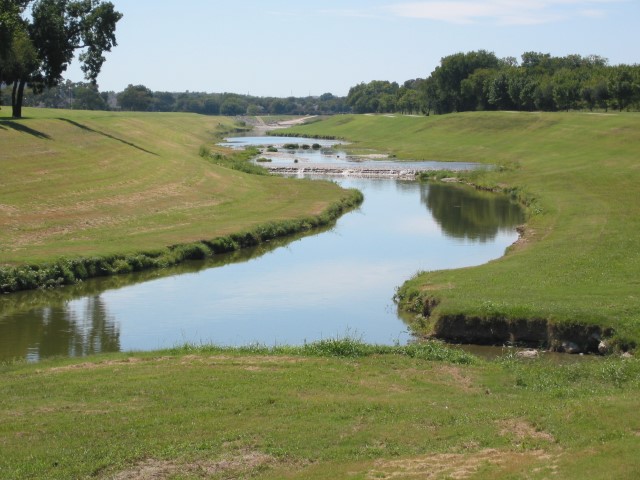 Mary’s Creek once was a lonesome, intermittent stream flowing through rolling prairie toward Fort Worth, a part of the breathtaking landscape separating the city from rural West Texas.

Now the creek running through Parker and Tarrant counties is expected to be surrounded by homes and commercial properties as part of a new frontier of development west of Fort Worth.

But as construction within the creek’s watershed blossoms, there are concerns about covering up its rainfall-soaking soil with houses, schools, streets and parking lots, creating a flood risk.

To cope with that landscape-altering change before it happens, local officials in January will kick off a study that eventually will present recommendations on how to deal with that rapid growth in an attempt to prevent the kind of flash flooding that hit North Central Texas this fall.

“Far too often, folks wait until the flooding is happening and then respond, ‘Oh no!,’ and then are forced with a much more expensive approach to remedy as many problems as they can,” says Edith Marvin, director of Environment and Development with the North Central Texas Council of Governments. “Here, you’re trying to get ahead of those issues.”

The Federal Emergency Management Agency is footing most of the bill for the $492,000 study, with $97,000 in matching funds coming from the Tarrant Regional Water District, Parker and Tarrant counties as well as the cities of Benbrook and Fort Worth.

The Mary’s Creek watershed covers 55 square miles of land in western Tarrant and eastern Parker counties. Runoff generated by this area flows into the Clear Fork of the Trinity River, eventually flowing into the Trinity River levee system that twists and turns through Fort Worth.

“If the right storm hit that area, we would see significant flow into the Fort Worth Floodway,” says Rachel Ickert, the Tarrant Regional Water District’s Water Resources Engineering director. “We’re trying to promote best practices in stormwater management to reduce that flow.”

A 2013 U.S. Army Corps of Engineers study forecasts that the water flowing through that levee system resulting from a 100-year storm event could increase from 32,000 to 42,000 cubic feet per second because the amount of the watershed’s urbanized land is expected to jump to 61 percent by 2055.

The Walsh development, built on the former Walsh Ranch within Mary’s Creek watershed, validates the Corps’ forecast. In less than a year more than 200 houses have been built there and over the next 50 years the project is expected to be home to 50,000 people.

Parker County’s population is expected to explode by as much as 506 percent by 2060, most of it occurring in the eastern portion of the county, according population forecast by the state demographer.

“We are working with our regional partners to be proactive to get ahead of a potential problem before it happens,” Ickert says.

Currently, Mary’s Creek is an unstudied stream, with a large portion of it flowing through unincorporated area where guidelines for handling stormwater – like those imposed by the City of Fort Worth and other municipalities – simply don’t exist.

The FEMA study will produce a plan that will use a fully developed land use model. It can then be used to prevent buildings, streets and other infrastructure from being built in flood-prone areas. It also will identify areas where drainage projects such as retention ponds for storing flood waters, may need to be built. The study will also identify the risk for structures already near Mary’s Creek.

“The model will identify water surfaces as if the area is already built out,” Marvin says. “You’ll know how high the water could get. It gives you that planning tool.”

Producing a map to be used by everyone will cut down on the inconsistencies created when developers do their own costly and time-consuming drainage studies, she says.

TRWD Board Member Marty Leonard says: “It is proactive and needs to happen before there is a (flood) problem.”

“The area is pretty undeveloped, but the clock is ticking,” Marvin says.